The Best Things to do in Amsterdam in Autumn

The Best Things to do in Amsterdam in Autumn

With summer coming to an end and the leaves starting to brown, Autumn is on its way in Amsterdam. Although the weather isn’t so great at this time of the year as we start to see more rainy days, autumn is still a brilliant time to visit Amsterdam.

The tree-lined canals look magnificent with all the different golden colours and, with hotel prices dropping from the high season and the crowds of tourists starting to disappear, Amsterdam is a perfect destination for an autumn break.

There are also lots of things to do in Amsterdam in autumn. 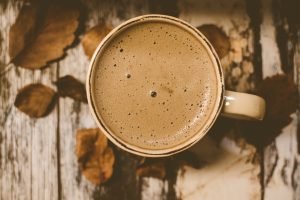 utch food isn’t particularly light so can be a bit much during the hotter summer months. However, it really comes into its own in the autumn and winter and there’s nothing quite as warming as a stamppot or a slice of Apple cake and a hot chocomel. There’s also the famous autumnal beer, ‘Herfstbok’, which arrives after the first malt harvest. Strong and dark, this is the perfect beer to enjoy in a cosy brown café on a windy autumn day. If you’re looking for a cosy café to enjoy a few beers in on a rainy day, check out our blog on the top brown cafés in Amsterdam here. 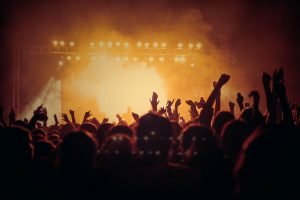 Amsterdam Dance Event is the world’s biggest electronic music festival, seeing over 2500 DJs performing at 140 venues across 5 days in autumn. Last year, over 400,000 people from more than 100 countries visited for ADE and 2019 is likely to be even bigger! 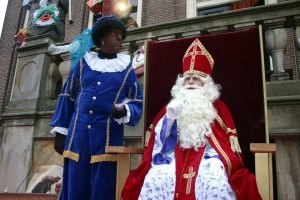 Sinterklaas is the Dutch precursor to Santa Claus. This legendary figure arrives in Holland from Spain each year on a boat before jumping on a white horse and riding through towns and cities with his trusty helper Zwarte Piet (a slightly controversial figure who is dressed in Moorish attire with blackface!). Despite the controversy surrounding supposed racism in this character’s appearance, the arrival of Sinterklaas is still popular with children and adults alike and an important part of the season running up to Christmas. Sweets are given out to children and if you’re lucky enough to be in Amsterdam when this festival takes place, it’s a good opportunity to experience some real Dutch culture. His kilometre long parade is welcomed and cheered on by more than 400,000 spectators!

Although Halloween is not as big in the Netherlands as in North America, there are some great parties going on in Amsterdam. The Amsterdam Halloween festival is a long-standing favourite with locals and visitors alike and well worth checking out if you’re keen to get dressed up and join in with the festivities. A number of bars and clubs have Halloween parties, particularly in Leidseplein, and the annual Halloween Pub Crawl by Ultimate Party is always a good bet if you’re in Amsterdam and want to get involved!

If you’re visiting Amsterdam this autumn and need advice or the city’s best tours by boat, bike or foot (or even by tuk tuk!), don’t hesitate to contact We Are Amsterdam.